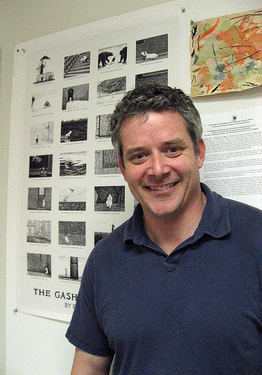 Steve Tompkins is an American television writer. He has worked on such television shows such as The Critic, In Living Color, Entourage, and Bernie Mac and The Knights of Prosperity. He had also worked on The Simpsons for its seventh and eighth seasons. After leaving, he co-created The PJs with Larry Wilmore and Eddie Murphy.

He was the executive producer on Fanboy and Chum Chum and provides the voice of Janitor Poopatine. Along with Michael Caine, they're the only writers that worked on both seasons.

Retrieved from "https://fbandcc.fandom.com/wiki/Steve_Tompkins?oldid=48307"
Community content is available under CC-BY-SA unless otherwise noted.